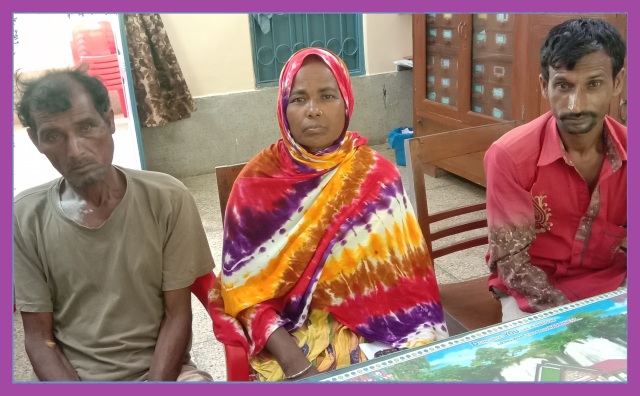 The general public was beating him brutally as he was caught red-handed vandalizing the house of a local person in Baruipur. “What was his motive? Where he came from? Who sent him?”- these were the questions that forced the local people to start beating him. But he couldn’t say anything. Someone called the police and he was then rescued by the local Police. His name is Sahidul, a resident of Murshidabad district of West Bengal who came to Baruipur from Murshidabad by walking! He shared these details when he started feeling better after initial treatment. He was brought to ANTARA by the local police after they rescued him from the public who were beating him not knowing the fact that he is suffering from psychiatric illness.

44 years old Sahidul used to work as a labour in Murshidabad. “Everything was going well before he started taking cannabis. He started cannabis intake 10-11 years back and since then he has been facing some mental issues”-his wife asserted.

There might be more Sahiduls who are spoiling their life by cannabis intake. There is a deep relation between cannabis intake and mental illness. So here is a message to everyone to keep away from cannabis or any sorts of drug abuse.

This blog has been Written by-
Ms. Shatabdi Datta 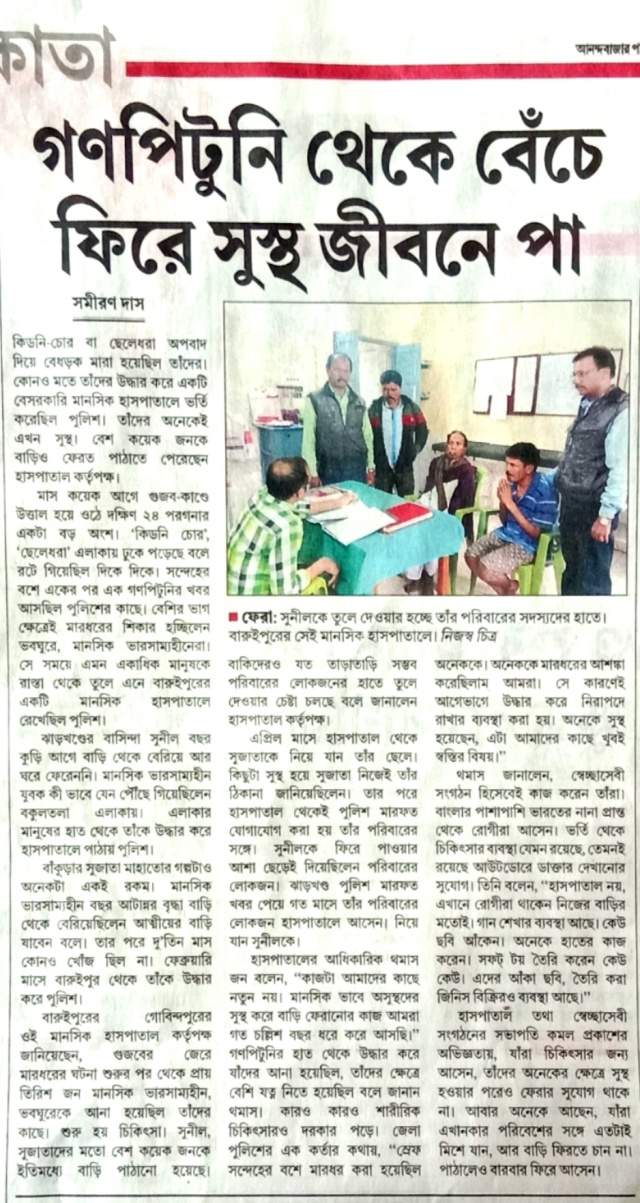 Article published by Anandabazar Patrika on 04.06.2019. Story of Sunil and a few other homeless mentally ill patients and how they get reunited with their families with the help of ANTARA has been depicted here.

Smt. Sulekha Mahato, 58 years, Ranibandh, Bankura District, West Bengal was supposed to visit her Father’s house and return in a few days. But there was no trace of her for almost two months. Her sons searched for her in all relatives’ houses but no success.
Finally the West Bengal Police knocked on their door with a message from ANTARA HOSPITAL.
Their mother is in Antara Hospital rescued from the streets and admitted by the police. She is now well-enough to return home.
On Wednesday, 3rd April 2019 her son came to ANTARA and took her home.
Another happy episode in the journey of ANTARA!

Sunil got missing from home in his 20’s. After 20 years ANTARA reunited him with his family on 18.03.2019. His family members almost lost all hopes of getting him back. When his father was informed by Jharkhand Police that Sunil has been found in ANTARA Hospital, Kolkata, his father was happy and surprised at the same time. Sunil got missing from his residence at Jharkhand almost 20 years back. No one knows where he spent a major part of his life. No one knows how he came to Kolkata.

It was 12.02.2019 when West Bengal Police brought Sunil to ANTARA. They found him roaming around the streets and decided to give him shelter. ANTARA was the first name that came to their mind and they brought him here.

According to his father, Sunil was mildly mentally retarded since childhood. Affordable mental health facility was not available at their place. So they never tried to do his treatment.

Self-muttering, self-smiling, not maintaining daily activities, poor personal hygiene and wandering tendency were the symptoms that we found in him. We started his treatment once he got admitted here. After a few days of treatment, he responded well and started giving more information.  He told us that his house is at Vill-Mukrudih, Jharkhand. ANTARA Team then contacted with Jharkhand police and with the help of them we got to reach his family.

On 18.03.2019 Sunil’s father, relatives and neighbours came to collect him from ANTARA. One of his relatives said that they raised funds to come to Kolkata by car and all the neighbours and relatives of Sunil are awaiting his arrival at home.

This blog has been Written by-
Ms. Shatabdi Datta